Understanding the K-12 Landscape: Spotlight on Public and Charter Schools 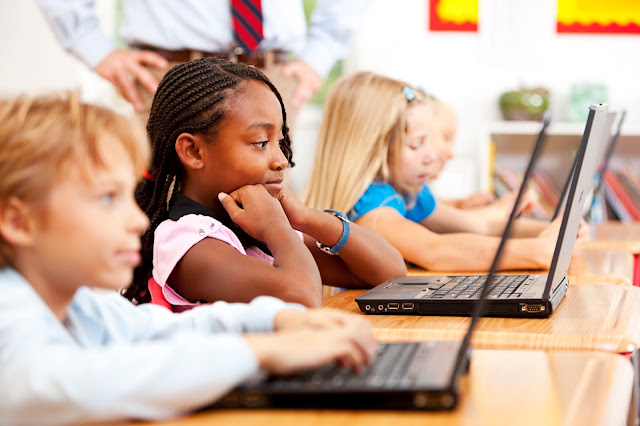 By Melissa Pelletier and Anne Wujcik

It’s important for stakeholders in the business of space and learning to understand the state of both public and charter K-12 schools. MDR Educational Marketing Solutions recently published The K-12 Education Landscape report, that provides high level information on schools and enrollment figures, among other topics. This article provides an overview of the report’s chapter on public and charter schools.

Public and Charter Schools in Education

Charter schools garner much more attention than their numbers or student enrollments would normally predict. In the fall of 2017, there were 7,390 charter schools in operation, serving 3,026,038 students, according to MDR’s K-12 Education Market Database. Charters accounted for 6% of all public schools and enrolled roughly 5% of all public-school students. With charter schools’ twin emphasis on accountability and innovation, they have become critical in the school reform movement. Charter schools embody a prime tenet of school reformers—that providing a variety of learning options and allowing parents to choose what is best for their child offers every student the chance to succeed.

Charter schools are publicly funded schools operated by independent entities. They are authorized by state-sanctioned entities such as the state board of education, an institution of higher education, a local school district, or in some cases a specially constituted authorizing body. The authorizing entity has the responsibility of monitoring each charter school it establishes, and is ultimately responsible for the operational and educational integrity of these charters, and for closing any that fail to meet their educational or operational responsibilities. Charter schools are granted more operational control over their budgets, curriculum, and personnel, functioning with greater flexibility than other public schools in exchange for producing specified results.

Charter funding from the district and the state is based on the number of students attending. The amount of funding a charter receives, and the way those funds are distributed differ dramatically within individual states, and even within individual communities within a state. According to the Center for Education Reform, charter schools receive on average, 36% less revenue than their traditional school counterparts do. Charter schools are funded at $7,131 per pupil.

Charter Enrollment is On the Rise 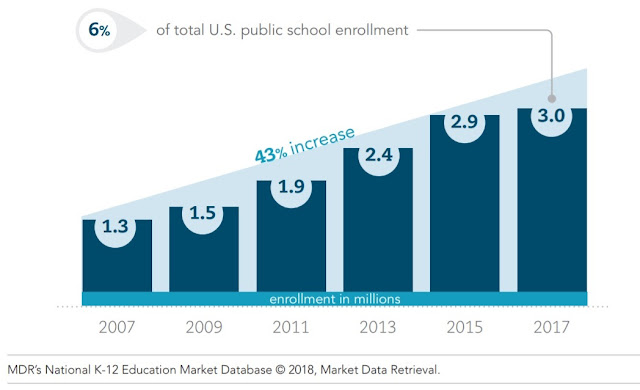 Charter Management Organizations (CMO) are organizations that create and operate networks of schools that embody a shared educational vision and mission. They represent an attempt to bring high performance to scale, replicating educational approaches that show evidence of being effective. CMOs also help address some of the operational challenges faced by stand-alone charter schools. By centralizing administration, CMOs can provide significant ongoing administrative support to schools in their network, freeing principals to serve as instructional leaders. CMOs can also realize some economies of scale, leveraging their greater purchasing power to meet operational needs. MDR has identified 296 CMOs which are part of its National K-12 Education Market Database.

Just under 40% of CMOs operate small networks, managing three or fewer schools. Thirty percent of CMOs manage between 4 and 9 schools, and another third manage 10 or more schools. Among these larger CMOs are: 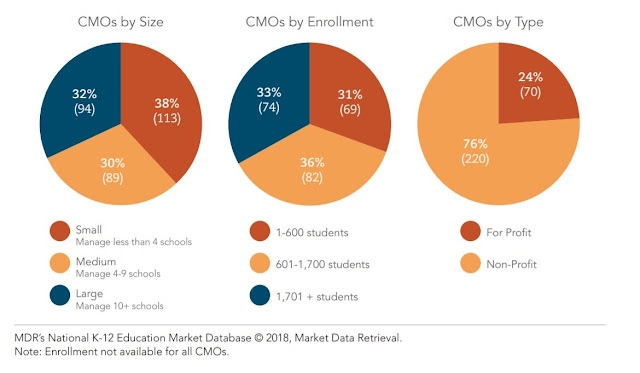 The Regional Public and Charter Mix


The region with the largest number of traditional public schools is the South (36%), followed by the Midwest (25%), the West (23%), and the Northeast (17%). Charter schools are distributed differently across the regions: 35% of all charter schools in the nation are located in the West, while only 11% are in the Northeast. Western states have a tradition of being more independent and open to individual initiatives. That tradition seems to have created a welcoming environment for charter schools, with enabling legislation and fewer caps on charter school growth. The charter model is well established in the region, with some of the oldest charters found in the West. California was the second state to pass charter legislation in 1992, followed by Colorado and New Mexico in 1993, and Arizona in 1994.

Not only is the charter school segment quite small, it can be difficult to reach. Nearly three-quarters of charters operate as freestanding, independently administered organizations. These one-off operations use a wide variety of instructional approaches and choose their own instructional materials to support the curriculum. They often have small budgets.

The CMO sector of the charter market—roughly 25% of all charter schools— operates somewhat like traditional school districts. In addition to helping all schools in the network present a consistent educational vision, CMOs can provide significant ongoing administrative support to schools in their network. This may include centralized purchasing of at least some instructional materials, making the various CMO networks more attractive targets than their one-off counterparts. That said, most CMOs manage fewer than 10 schools, and many of the larger CMOs use home-grown curricula and instructional resources.

The smaller size of most charter schools, coupled with their more flexible working environments could make them good partners for piloting new products, and conducting effectiveness research, especially among the CMOs. These organizations have a common philosophy about learning, some degree of standardization in terms of classroom management and instructional approach, and centralized professional development, all of which can help ensure ease of implementation.

Melissa Pelletier is the Education Research Editor for MDR and write this article based on MDR’s State of the Market Report – The K-12 Education Landscape. The report was originally written by Anne Wujcik, a former education analyst for MDR.